The idea of taking Realm on the road in 2019 came to us when we had to shut down hospitality at the winery due to construction. That and the fact that the 2017 vintage was about to be released, a vintage we knew would be received with skepticism due to the fires in Napa Valley that year and the potential for smoke taint. Though we didn’t bottle or release any wines harvested after the fires, we still thought we needed to show people that the Realm 2017s we did produce were sound. So instead of having people come to us, it seemed like a natural time to go to them.

At first we struggled with the format. It wasn’t a series of dinners, and we didn’t want to call the events ‘tastings’ because that sounded too stodgy for Realm. We wanted it to be more fun. So we came up with the idea of a road show, kind of like a concert tour. And we called it the Practical Dreamer Tour. We packed up all our 2017s plus a few library wines and hit the road, visiting our mailing list members in seven cities during the course of six months.

Scott: “We were confident in our wines, but we also recognized that from the consumer's perspective 2017 might be a ‘try before you buy’ type of vintage. We didn't make it to every city before the fall release, but we were able to finish the tour before the spring release.”

We partnered with Landry’s restaurant group, owner of Del Frisco’s and Morton’s The Steakhouse, Mastro’s Restaurants and The Oceanaire, among others. Landry’s has been a great Realm customer and our members love the restaurants.

Eden: “These are the places they go for special occasions, to celebrate birthdays and anniversaries. Plus, having locations all over the country made the planning, complicated as it was, just a bit simpler.”

As we made our way from city to city, we soon realized there was something much more satisfying about the tour than assuaging members’ concerns about the 2017s. As our team mixed and mingled with guests, pouring Realm wines – some of which attendees had never tasted before - and telling stories about our journey, we realized the opportunity to engage with our members was the greatest reward.

Scott: “It was the first time we gave people an opportunity to taste through the entire range of a vintage. For some people in the room, it was the first time tasting a wine like Dr. Crane, because they aren’t able to get an allocation yet. So it was a little bit of ‘hey, we know you can't buy some of these wines yet, but we want to say thank you for being a part of this journey and ask you to be patient with us.”

The Practical Dreamer Tour will take to the road again, hopefully in 2021 or 2022 when the COVID-19 pandemic is in the rear-view mirror. Not because we’re concerned about the reputation of a particular vintage, but because we know that without our members, Realm Cellars would not exist. 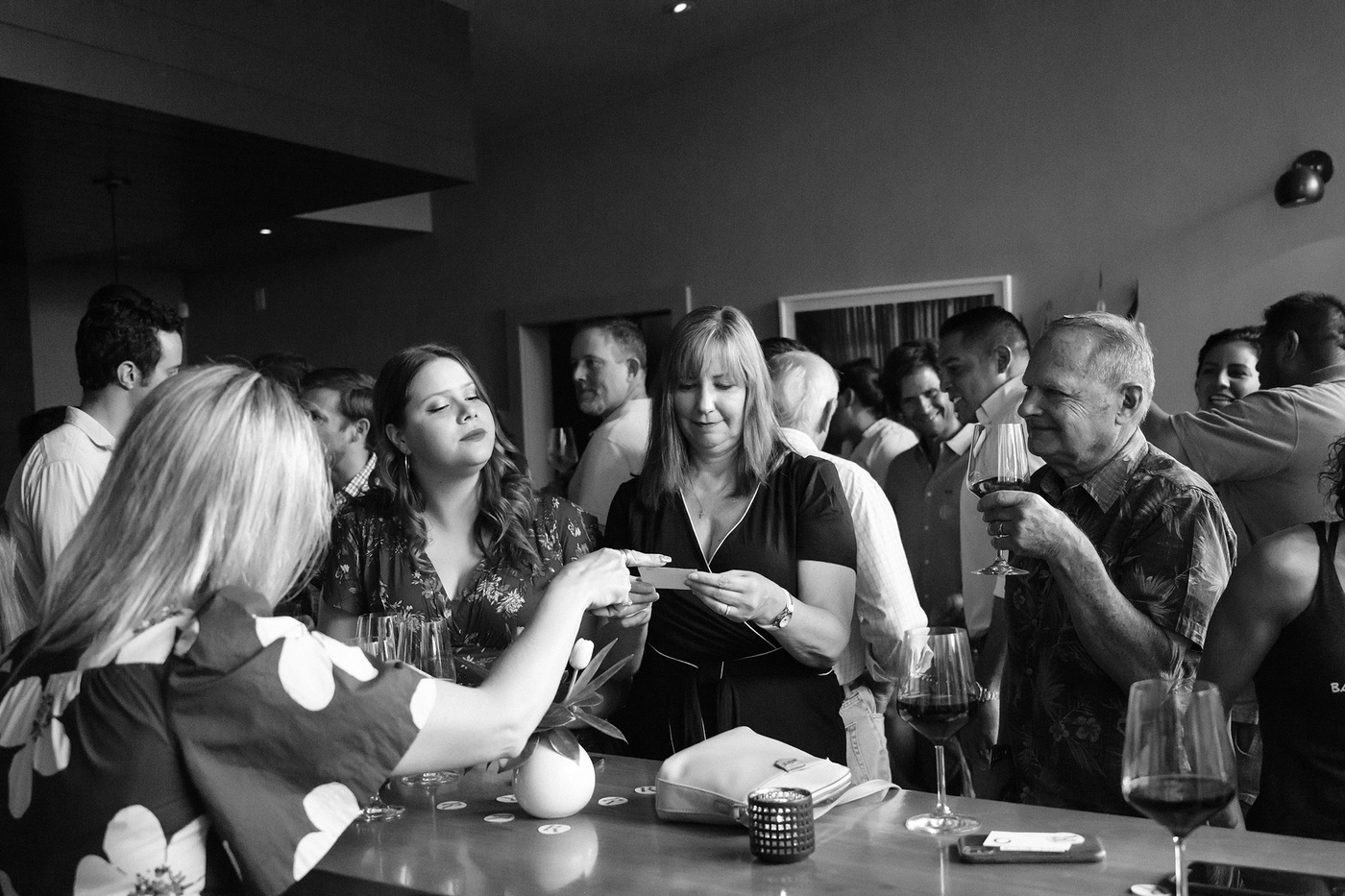