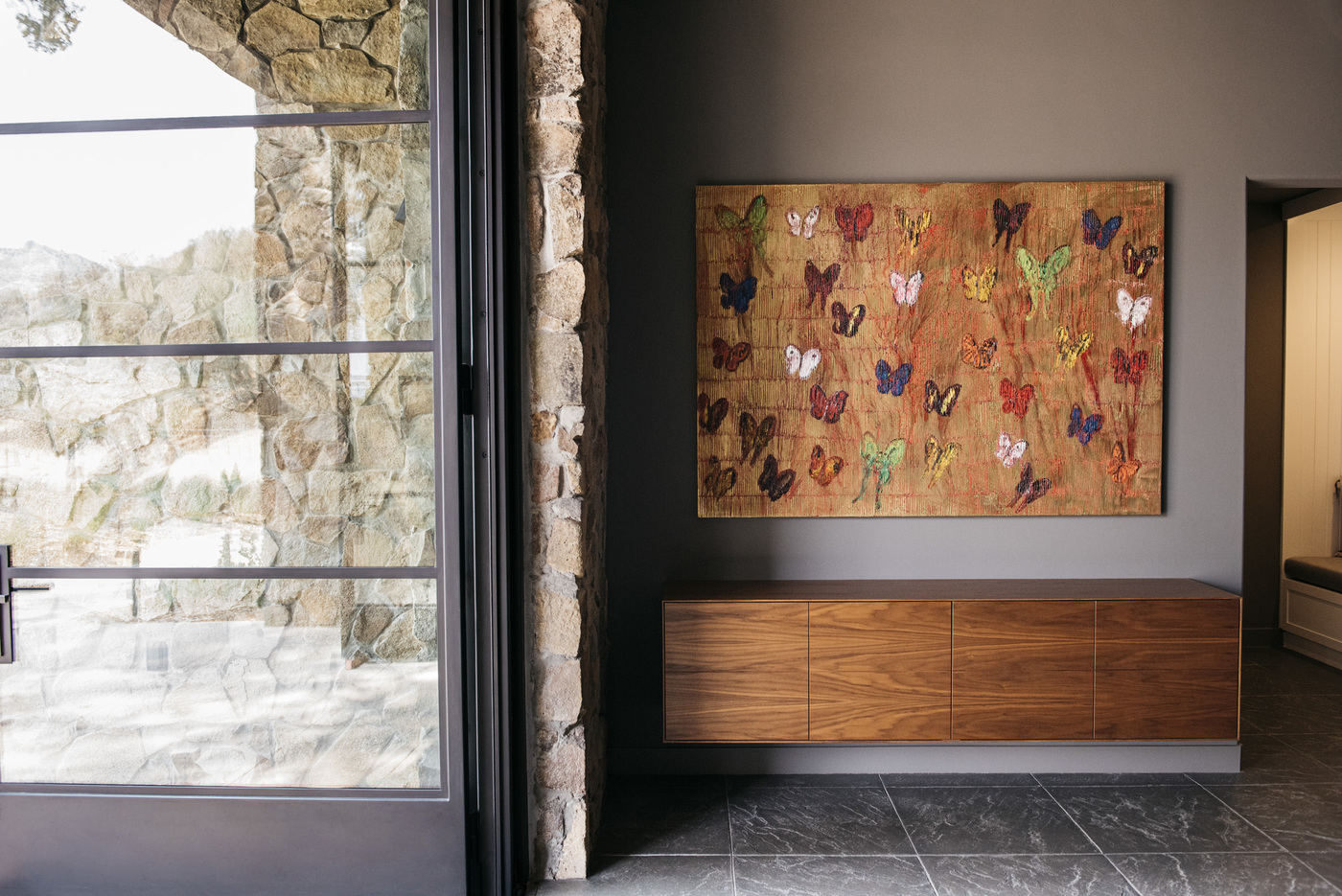 It is an exciting time at Realm Cellars. We have a new website, populated with photos, maps, videos, stories, and this section, which offers a glimpse behind-the-scenes. We have an entirely new label system, with a look and feel that is radically different than the labels of our first ten years. If you know Realm, these changes may surprise you…read on, and we’ll explain. If you don’t know Realm, and you’ve read this far, by all means, stay with us!

In 2011 and 2012 Realm essentially re-invented itself. Juan brought Benoit on board in 2011, and in 2012 we re-structured the partnership. New capital gave us a firmer financial footing, enabling us to add new team members and strengthen our infrastructure. But the changes were about much more than capital and infrastructure; they were about setting a new Vision for Realm, about building on the compelling foundation that had been laid, but with a re-imagined and re-energized sense of purpose. It was about striving to make what was good even better. With a team united in spirit, ambition and most importantly, an unrelenting commitment to quality.

At first the changes we made were mostly internal, visible only to ourselves. Reviewing vineyard sources, adding winemaking resources, evaluating administrative systems. Then one day we were working on a label for our Sauvignon Blanc. We’d been making the wine for a while, but never had a proper label. As we studied it, considering our options and how to make our existing label work for the Sauvignon Blanc, it hit us. The old label just didn’t cut it anymore. It didn’t tell the Realm story; it didn’t capture what made us different, or what made each of our wines unique. It was hard to tell the wines apart – the labels all looked exactly the same. Even Juan – who’d lived with the label since the beginning – wasn’t that into it. The first label had been created on a shoestring budget, and though it had served its purpose, we’d outgrown it.

Pandora’s box had been opened.

Wineries make small adjustments to their labels all the time, and sometimes they even make big changes. But it can be risky. Especially when you’ve been around for 10+ years. After all, that’s how customers identify your wine, how they relate to you. But with all that had happened at Realm in the last couple of years, and with the renewed philosophy and ambition we had for the organization, it was more risky, we thought, not to change it.

So we gathered the team and took a deep introspective breath. We defined what Realm Cellars is – and what we want it to be. We explored all the angles: how is Realm different from other Napa Valley wineries, what is valuable about Realm and what do we treasure, what do we want people to know about us? It was a process…a little like group therapy, to be honest, and we weren’t always on the same page.

But by drilling down and drilling down, we came up with certain truths about Realm – who we are and who we aren’t – that ultimately fed into and inspired the design of our new labels. Realm Cellars is a bit of a paradox. We embrace the scientific, the intellectual approach to winemaking, yet we are equally driven by the artistic and emotional side of what we do, and the notion that Nature is the ultimate boss. We love the lifestyle that being in the wine industry affords us – the social aspect – but for all of us here, wine is not a hobby, it is our livelihood. We strive every day, in every way possible, to make Napa Valley wines at the very highest levels of quality, yet we don’t own a winery or vineyard, at least not yet.

But while we don’t own vineyards, we do source fruit from some of Napa Valley’s finest – some that are already well known, some that are “gems” we’ve discovered on our own. In that way, Realm is a curator of vineyards, of what we call these “blessed plots.” Our portfolio represents the “realm” of Napa Valley. What we offer is our personal selection – our window if you will – on what we consider to be the very best of Napa Valley.

From this foundation, a label system started to come into focus. Working with our design team Alta, we decided that the best way to convey Realm’s curatorial identity was to create a unique label for each of our wines. Original artwork, either found or commissioned, would be the starting point – a piece of art that would represent each wine’s unique story and explain its reason for being in Realm’s portfolio. This would not be a designer’s translation of our vision; this would be an authentic collection of art, curated much as we curate vineyards for the wines. It all made sense.

From there, we were off and running, though at times it felt more like a marathon than a sprint. Some wines were simpler than others. Take The Bard, our Cabernet-dominated blend named for the “king” of English literature. We knew right away we wanted to locate an early edition of Shakespeare’s “King Richard II,” the play that helped inspire Realm’s use of Shakespearean names for the blends. That was before we realized how rare and crazy expensive early editions can be. But after more searching, we located a really cool pocketsize edition of the play from “The Chiswick Shakespeare” – a text that first appeared in 1901. The new Bard label is taken right from this edition – open to Act II, Scene I with the quote …”This blessed plot, this earth, this realm…” Done. Love it.

Other wines were not so straightforward. Surprisingly, the toughest was To Kalon. Translated from Greek, To Kalon means “ideal beauty.” So the question: how do you represent that on a wine label? We considered dozens of concepts, including a beautiful double exposed photograph of an idealized woman, gorgeous paintings of flowers…all kinds of images to try to represent this rather oblique concept.

Nothing felt right. Finally, after months of toying around with it, we landed on the concept of an “eye,” as in “beauty is in the eye of the beholder.” It was perfect…and so fitting for To Kalon, whose “beauty” has been interpreted by so many different wineries and “beheld” by so many fans. We found a well-circulated Italian 1000 Lira note - the one that features an intaglio print of pioneering educator Maria Montessori. We zeroed in on her eye and perfetto! We had To Kalon.

But there was one more significant challenge. We needed to have Realm somewhere on each of the labels. And we knew it was important to tie the labels together, to give them some kind of unifying icon. A strong “R” – echoing the “R” on our original label – was the natural choice. We landed on the idea of die-cutting the label so that the black “R” would show through from the bottle itself. We loved it – it echoed the concept of Realm being a window onto Napa Valley. Now we just had to come up with the right “R,” one that would work logistically as a die cut, and one that looked and felt like Realm.

We worked on the ‘R’ for six months – looking at everything from old Shakespeare texts to San Francisco tattoo artists. Our design team has a notebook literally filled with thousands of Rs. Finally we settled on a hybrid of calligraphy and what’s called Blackletter – a kind of Gothic-looking script that was popular in Shakespeare’s era. The “R” is actually two parts: the left is vertical, staid and simple; the right is more decorative, illustrative. We like the dichotomy. We think it’s a little like Realm. 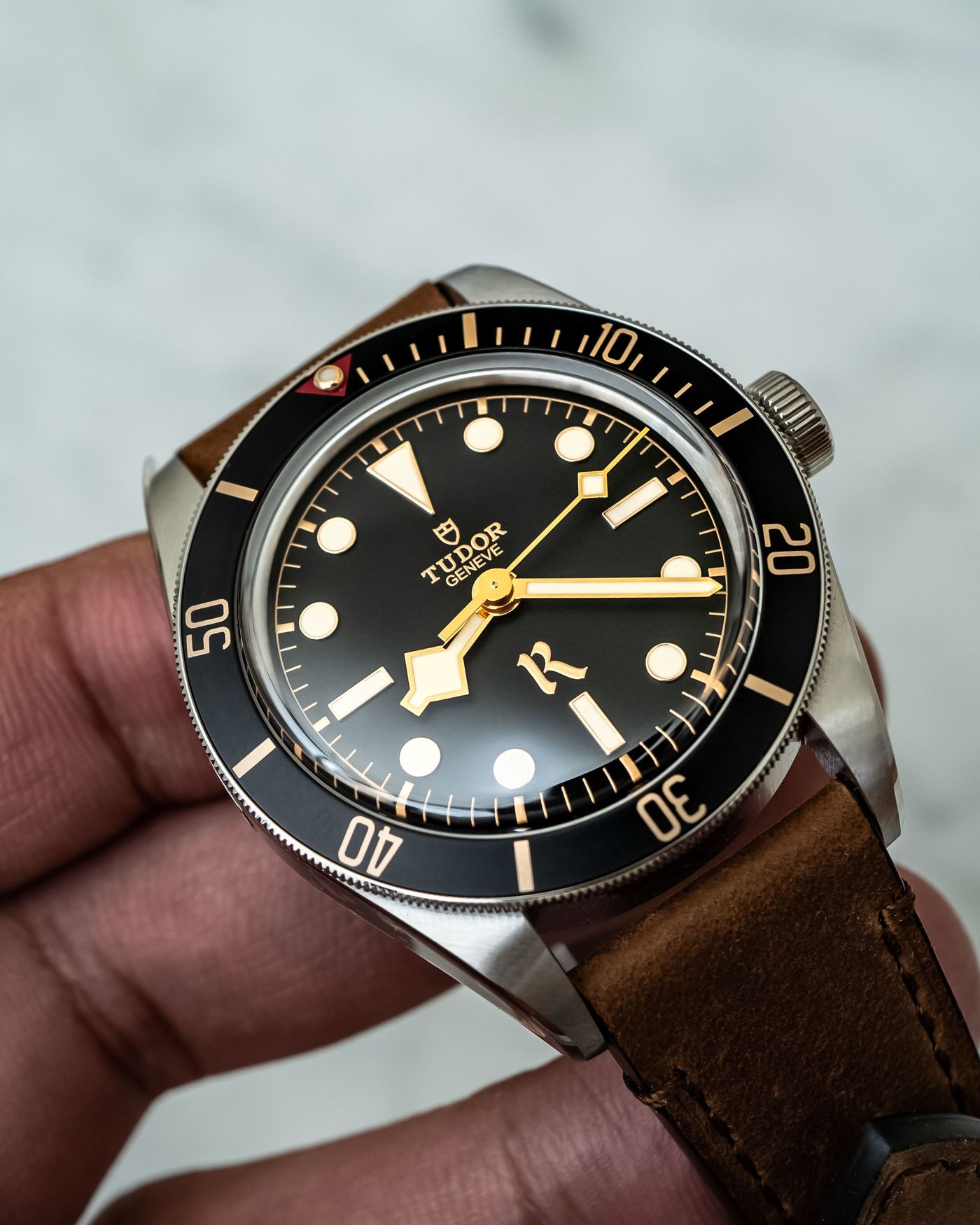 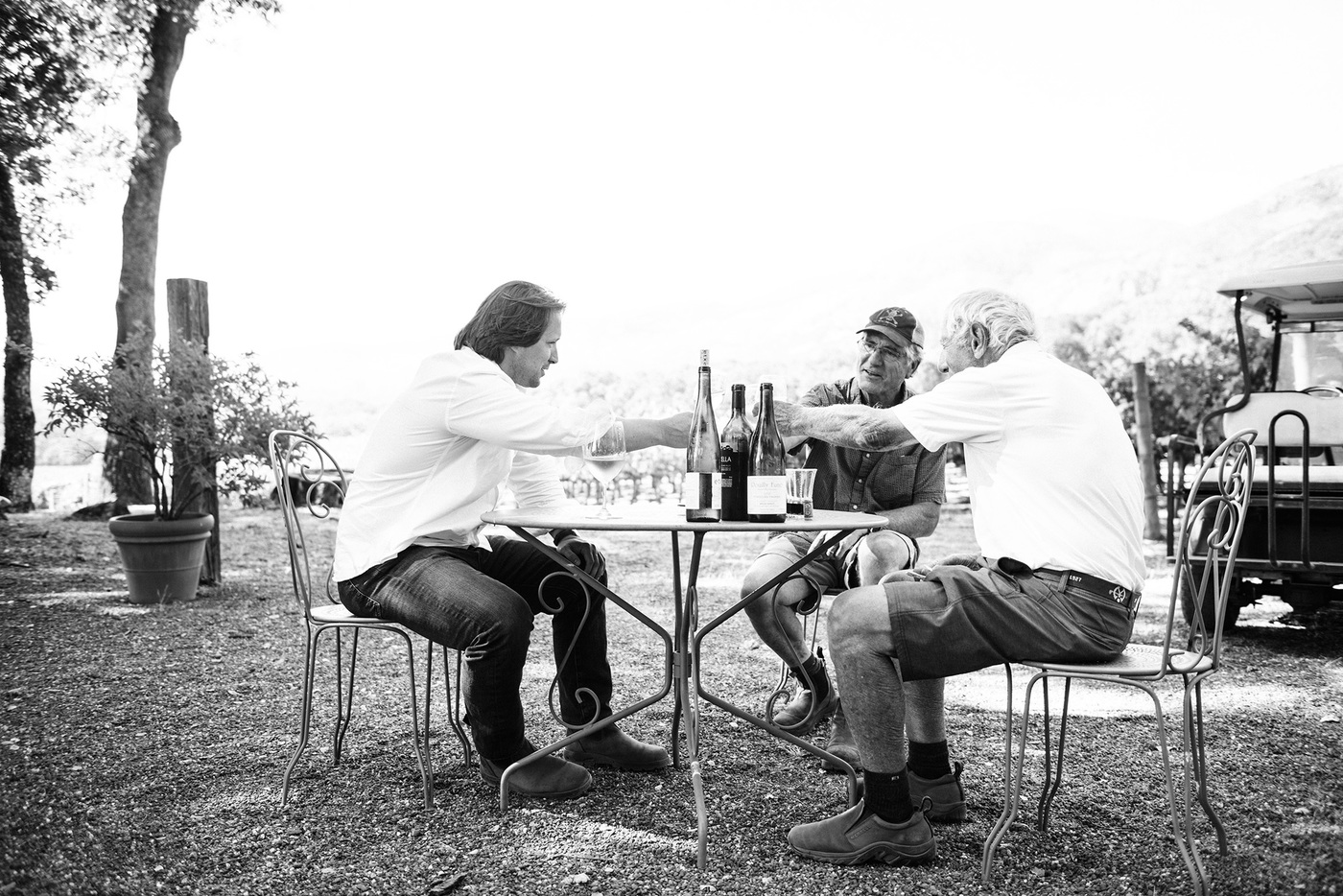